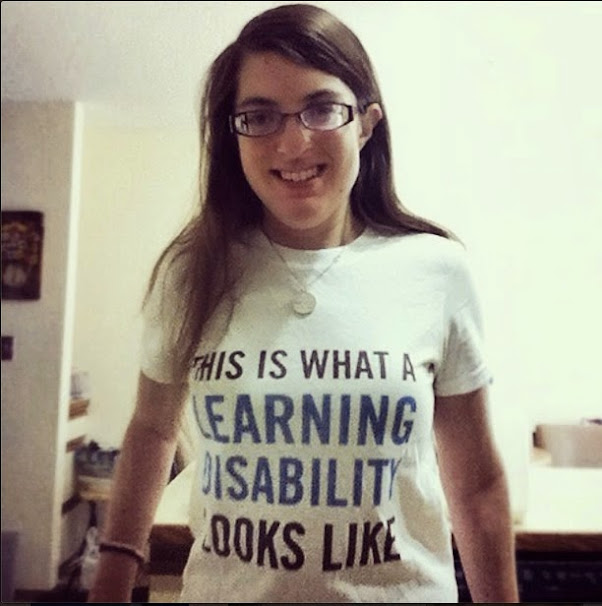 I wake up as After the Fire by Andrew McMahon fades in on my iPhone on the edge of my bed. Like most, I assume, I tap the back of my phone and the music fades out—the SleepCycle version of snooze. A short time later, the process repeats but instead of tapping snooze, I sit up, unplug my phone, and start getting ready for the day. I take my morning dose of Concerta—occasionally, however, checking the water glass beside the sink to indicate whether or not that it was indeed this morning that I took the Concerta! Sometimes the mundane tasks blend into one another, and it’s the little tricks that help me figure out what I’ve done when.

I step over something or another, and attempt to find clothes within my room. Yes, I’ll admit, it’s a disaster in here. There are a pile of books, papers and textbooks beside my bookshelf, many residual from April when i finished exams, or yes, dare I say it, February when I was working on a project for the Asthma Society of Canada and was reconsulting many of my books from school. Yet, I graduated university in June, and those piles remain. So do the ones of clothes on the floor, a byproduct of my normal cluttered life, and the fact that I spent every weekend for nearly six months packing up a bag and heading out of the city. Others of the books on the floor are notebooks, journals, and yes, my kickass yet not-utilized Moleskine Lego planner. Lesson learned: not even the kickass Lego planner can take the place of Google Calendar in my heart—or brain. I find some clothes to throw on—well, eventually; sometimes that doesn’t happen until 2:30. I graduated university in June, and resigned from my job at the beginning of October, so at present I’m hunting for jobs, doing some quantified-self-ing, and trying to make productive use of my time. Writing, video editing, coaching… A myriad of tasks and habits I’m trying to build or un-break stack up in HabitRPG.

Routine, especially building it, is probably one of those things that’s harder to work at with ADHD. It’s hard for everybody, but because I am so dependent on reminders (such as Google Calendar/iCal), it is difficult when these reminders become too repetitive and, thus, no longer intrusive enough—like I said, problem for everybody, but potentially disastrous for me in terms of meeting obligations and being accountable—another thing I try to stay conscious of. I have excellent intentions of organization: sometimes I am able to stick to them, especially with the right technology. Others, the act of organizing the organization is simply too much to organize—or, I get distracted in some subset of organization and then never accomplish the initial task! (This, is what happened in my bedroom, really. I went in to start cleaning and organizing. I decided I needed a file cabinet to keep all the paper in. I needed, then, to acquire the file cabinet. Oh, file cabinets are expensive, what about some plastic drawers? Oh, those all sort of don’t meet my needs. Hey, guess what? This was May—it’s October now. All that paper is still on the floor right where it was! (I still don’t have a file cabinet or any such organizational implement—but yes… I am trying.)

Right now, the first thing I do (and last thing I do, and maybe 85% of what I do in between…) is sit down at my laptop. Usually, my mom has affixed some sort of post-it note to it with a task or two or seven for me to accomplish. Today is “wash + dry dishes + sweep floor”. (But I swept the floor yesterday with no prompting!) Usually, with these notes, the job will get done (even though, to my dismay, the dishwasher is still not working—usually the notes say “empty dishwasher and reload”—dishwashers are probably an independent ADHDer’s best friend, except I live with my parents), because as I tell her and as my friend Jay said, “Write it down; if it stays in your head it gets lost.” That’s why not very much stays in my head very long—it gets lost super quickly in there. I struggle significantly with memory related tasks: my visual memory sucks, and my auditory memory isn’t a ton better—so, I work on the deficits of both of these by combining them to get stuff down. That’s why lists are so important… well, if I don’t lose them or can figure out how to implement them!

Back to the Concerta for a minute, the Concerta does help in that regard—it keeps me focused a lot longer on a task, and things tend to get lost in my brain less easily (things getting lost in my brain include the result of what happens when my attention wanders from a task, and I move onto another one without finishing the first one. Like starting a blog post, and then finding myself an hour later trying to work on a website… with only two and a half sentences in the blog post window. Actually, case in point on the Concerta right now? I’ve been writing this for 28 minutes now and the only thing I’ve glanced at is my phone once to reply to a text message, and the post it note of chores—which are already done. It helps, like it does for most ADHDers, that I want to be writing this right now—but even that without the Concerta, was a big issue! Medication isn’t for everybody, but to me, I’m pretty sure it was the difference between graduating university and possibly dropping out. So yes, I am distracted by bright coloured things, but so long as those bright coloured things are like my post-it note of things needing to be done, well, that’s okay. The Post-It notes are necessary because, yes, if you just tell me something to do, it’ll be forgotten. If I have that visual cue that can keep reappearing, then I’m much more likely to actually follow-through with the task.

I contemplate writing things multiple times a day. Sometimes it happens and I open up the Evernote notebook of a project I’m working on, or throw a post onto Quantify This. Sometimes though, it doesn’t. I’ll intend to go write a post on the other blog, but then spend five hours trying to install a Windows VM onto my Mac, or learn how to download all my Fitbit data into a Google spreadsheet, and then get that spreadsheet to autopopulate into Excel. Except by then it’s midnight and nope, no blog post. This is why I’m not a good daily blogger! ADHD, I think, lends itself more to this infinite curiosity, except like other infinitely curious people, ADHDers tend to have faulty brakes—we either stop too frequently, or we get into something and can’t stop. The latter, known as hyperfocus, is kind of a compensatory mechanism: we bounce around so quickly, that sometimes if we get really engaged in something or have pressure to complete a task [ie. a deadline tomorrow] we simply power through and may barely look up from a task for hours—so, right now, I’m probably a tad hyperfocused on this post because the pressure that October is ADHD and LD awareness month and it’s the 21st of October and I forgot until two days ago is enough pressure for me to get this one cranked out—that, and enough people on Facebook expressed interest in my sharing of this article last night, that I figure sharing more of my story was important to do right now. (Run-on-sentence.)

The ADHD brain is kind of like a run-on sentence in itself—I’ve said before, “I don’t stop, only pause”—there are only commas in here, no periods. I may not be physically moving, but my brain is going full speed until I eventually go to bed—something that I also have to prompt myself to do: yes, eventually I feel tired, but I rarely feel it until I make the conscious decision to go to bed—sometimes annoying, and the reason that 11 PM prompts a (now frequently ignored) reminder to “wind down” on my iPhone.  [Okay, stream of consciousness: There we go. I remembered to follow up on an e-mail prior to sitting down to start this, and that reply to the e-mail lead to searching for t-shirts… Yes, can’t make this stuff up! So, there was a 30+ minute gap in there… Typical.] The ignoring of the reminder at present, however, might be because I no longer have engagements requiring being awake at 6:45 AM.

Which begs the question:

So how much of this is me, and how much is ADHD/LD?

Well, I’m not sure I can really separate myself from them—how my brain functions is as much me as my personality or my affinity for Cheetos. It’s just the way I am, and I’m okay with that.

I’ve written about my LD here before, because it’s kind of nonspecific. A lot of it has to do with my visual memory: I can’t read an analog clock (at least, I can’t without using my fingers to help me determine what span of time the minute hand is pointing to, which is essentially equal to being unable to read a clock), I struggle with reading comprehension when attacking large works, because it’s hugely dependent on visual and visual working memory, areas in which I am deficient, despite my reading ability being above average. I may best fall into the category of Nonverbal Learning Disability, but have not been diagnosed as such—not that it makes a huge difference. At this point, my LD comes up in ways that could be associated with my ADHD, and ways that don’t presently affect me in the day-to-day now that I’m not in school—or, ways that are much a part of me and I don’t notice as much more than quirks.

ADHD and learning disabilities come in many flavours. I have primarily inattentive ADHD—making things like sustained focus (especially for the uninteresting), organization/remembering where I put stuff, initiating/changing tasks, and coming through on commitments more challenging for me. These things are because of the effects of neurotransmitters affected in ADHD on executive functioning… but, that’s a topic for tomorrow. [It’s already written, but, it makes more sense to split into two posts at this length! :)]

Questions about learning disabilities or ADHD? Leave them below!

2 thoughts on “this is what a learning disability and ADHD look like.”