i crossed a line five years in the making
that the biggest eraser can’t clear.

–this is the sweetest little song, butch walker.

Photo credit to Amber
Five years, and far more stories than I would have ever imagined.
Today, I close this chapter in the story and move on to the next one, with the storyline embedded deep within me.
These five years are worth far more than a piece of paper and these pictures. The last five years are the story, the experiences, the process. And this day, this piece of paper may symbolize that I can put the things I know onto papers and into practice, but only to an extent.
The degree, Bachelor of Physical and Health Education, implies much about what I have learned outside of myself: in no way can those six words even begin to indicate what I learned inside myself and what I—and those around me sharing this story–changed inside myself. And that the change inside me is far more crucial to my ability to connect with others than most things I could ever be assessed on.
The last five years are not about this moment: they are about the collection moments that lead me here.

connect the dots there is a picture in these lines
my favourite parts of life are in the nights of better sleep i never find.
but even if i don’t decide to chase my dreams, i won’t throw them away
[…] i won’t forget everything i wen through to get here
but i haven’t decided if here is quite where i belong.
—where i belong, farewell fighter

They are about the process.
The people. 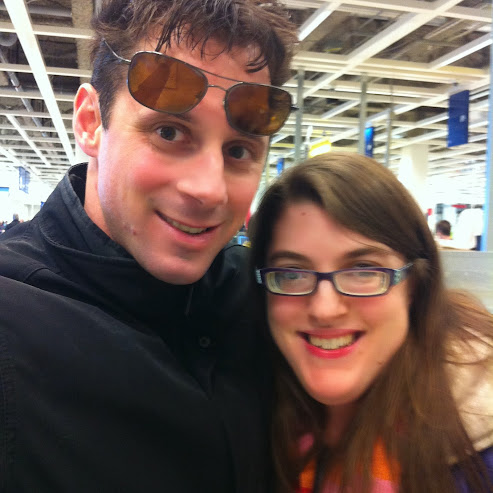 Photo credit to Becki
The story.

And what’s ahead.
Note: I’ll be updating this post with more pictures/quotes over the next few days… Check back :].

So in one of my classes, there’s a guy that my friend and I refer to as Awkward Guy for a reason or five.  I mean, it’s hilarious whenever somebody addresses the prof like “Uh . . .Professor . . . I just have a question about the reading?”  Because really, I call ’em by their name, or I just say hi.  None of this professor business, but to each their own.

That was only the start of the class, though.  Soon after the lecture began, he started sniffling.

Then sniffling louder.  And grosser.

We formed groups for discussion on scientific reasoning for the parting of the Red Sea and Moses and whatnot.  I turned to the guy behind me who had just converted me to Sharpie Pens, and one of us made some sort of comment about Awkward Guy’s sniffling.  Then our group did our work, we tried to convince some guy to just try to separate faith and science for twenty minutes.  ” . . . but, I’m a Christian . . .” Some girl: “Yeah, so am I, but that doesn’t mean I can’t think about it differently for this discussion.”  I mean, I’m a Christian, but I’m not all literal about the Bible and stuff as much as many people in this class are.  And I mean, your beliefs are your beliefs and that’s cool, but for the purpose of academia, entertain some opposing thoughts for a moment or twenty.

Group work ended.  The class quieted down, and we could hear Awkward Guy sniffling again.  Seriously, we just had twenty minutes of group work, plenty of time to escape to find some kleenex.

Sharpie Pen Guy mumbles “Dude. Blow your nose already”, though I think I’m the only one who heard him. Dear First Years of the world, please learn that you are not in high school anymore, and you can get up and wander around and/or go to the bathroom and/or leave at any time you feel inclined to.  Especially so you don’t gross the rest of us out.

I spent the rest of the class exchanging glances with Sharpie Pen Guy whenever Awkward Guy loudly snorts back the slime being created by the response of his immune-system affected overreactive mucosal membranes.  I try to focus on lecture over the fact that Awkward Guy has just wiped his snot on his sleeve.  Sharpie Pen guy mumbles that the snorting is making him feel as if he’s going to throw up.  I nod and mumble in agreement “Yeah, same here, man”.  I have no idea how I would have survived class without Sharpie Pen Guy to commiserate with.

Finally, finally we’re freed . . .  and I try not to touch the doorknob on my way out, but immediately go wash my hands, shaking my head that the same people who are working hard at earning a university education often can’t figure out how to not spread germs through a couple simple arts–kleenex and soap [soap . . . that’s another story for another day].

And this is why everybody in university gets sick and spreads germs like an elementary school.